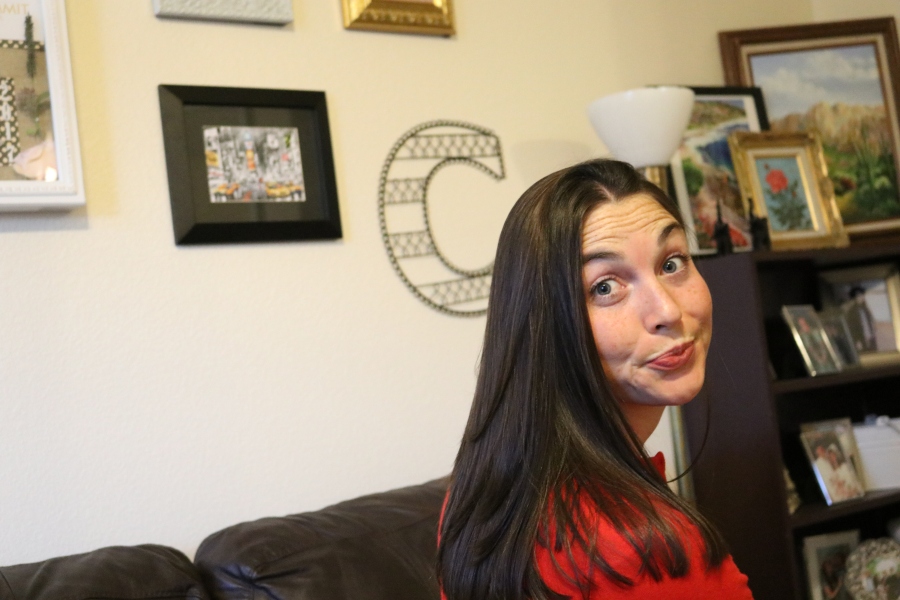 The last time I had a major Hair Cut was about 3 years ago when I cut off 7 inches of my hair. That brought it up to “boob” length and was not a crazy change but left me feeling like my hair was “so short” and like my braids were pitiful.

Well flash forward to the end of this summer and my hair is down to the middle of my bottom, is so tangly and such a pain to brush (which I just don’t usually), is too long for a pony-tail to be of much effect so I typically wear it in a bun, and in general is unmanageable. I’m the kind of girl who likes to wash her hair every time I work-out (which is often 5 days a week) and then lets it air dry and wears it down. I like low-maintance. And my end-of-summer-2018-hair was the opposite of low maintenance. It was difficult to keep presentable, didn’t curl, got oily quickly (because it was pulled down from the weight of the length so it was always pushed up against my scalp and its fun oils), and was not fun….

BUTTTTT when I did brush it, it was beautiful. When I did curl it, it was impressive. The days it wasn’t in a bun (which were few) I got at least one comment on the length – which I admit surprised me when I took the time to consider how long it had gotten. There was so much potential – the hair styles! The pictures!! But in order to take advantage of that I had to be willing to brush and do my hair. And to be honest most of the time I. WAS. NOT. WILLING. And it was this unwillingness that finally convinced me it was time for a hair cut.

I made sure to band and braid the half we were cutting off so that I can potentially donate it. It was really neat to see what was once on my head bound neatly off of it. The cut off hair was quite heavy too, so that made me feel like my fine hair has substance to it. The total amount cut came to 24 inches, which amazes me! It was a scary decision, a big day, but I am really really really happy with my new bouncy doo. Plus, it will always grow and it’s fun to experience such a drastic change!

Have you ever made a drastic hair change? Were you scared to make the cut? How did you feel afterward? I’ll admit that it took me some getting use to, but after the initial wave of remorse I am really happy I went ahead and took the plunge.

Learn More About Us